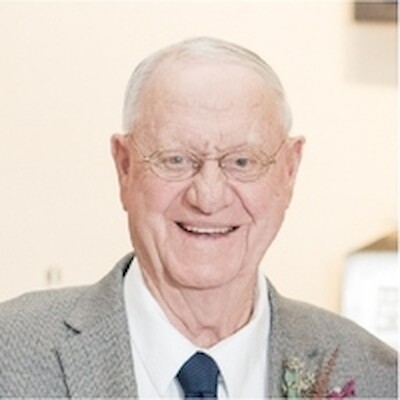 In Memory of John Roger Villiard

John R. Villiard, age 85, of Exeland, WI, passed away Friday, April 1, 2022, after a short battle with cancer, surrounded by his four children.

He married his sweetheart Beverly in 1957. John worked much of his career in St. Paul, MN, mostly as a roller operator for asphalt paving companies. In 1983 John and son Rick started their own business, R & J Blacktop in Exeland, which they operated until John retired in 2011. John worked many winter months for Gerber Brothers Ford, as well as doing some logging. He loved his six grandchildren and two great granddaughters. John and Bev enjoyed several great trips to Las Vegas with his brother Ray and sister-in-law Sharon, as well as with some other great friends. He loved watching baseball. Playing cribbage with his Sunday afternoon crew of Russ, Dave & Bruce was a weekly highlight for over 20 years. John and his neighbor Dick Veness worked and shared a little camper together for many years in Inver Grove Heights, MN at their paving plant. In 1979 John & Dick started the Beverly Hills Hunting Camp where many memorable hunting seasons, stories, and poker games were shared and enjoyed.

The Memorial Service will be held at 12:00 noon, Friday, April 8, 2022, at Pineview Funeral Service. Rev. Mark Bartlett will officiate. Burial will be in Windfall Cemetery in Exeland, at a later date. Visitation will be held from 10:00 a.m. – 12:00 noon prior to the service at the funeral home. A luncheon will follow at Helsings Bar & Grill in Radisson.

The family would like to thank the hospice staff from Rice Lake, Jamie & Lori from Pineview Funeral Services, Rev. Mark Bartlett and all the friends & family who brought food & well wishes to the house.