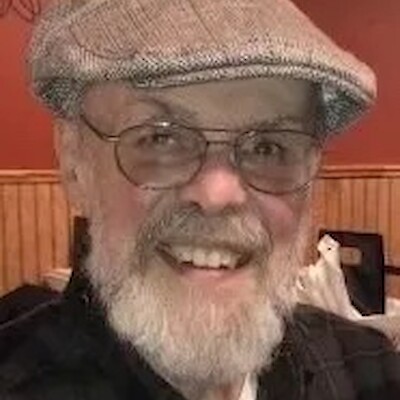 When he was a young boy, his parents and his four siblings moved from New Jersey to Winnetka Il. and then to Glencoe, Il. He attended Southern Illinois University where he earned his degree in Dental Laboratory Technology. He owned his own Dental Laboratory business for 51 years, first operating in Illinois, then out of Rice Lake, WI. and finally, in Cameron, WI, where he fabricated metal and ceramic bridges and crowns until 2021. He met his wife, Linda (Merry) while he was working at a lab located above the bank where she worked. They would hop on the Harley he built and go for adventures with their friends. They were married on September 14th, 1968. They had two children and lived in Illinois until 1980, when they moved to Cameron, WI. Dave loved spending time with family and friends. He would meet with friends for coffee most days, where they would all share stories and laughs. Many of his favorite times were when he and his family gathered together. He was quick to invite family and friends to join him for a meal. “Mr. Burke” was a devoted Scouter for many years as a part of Cameron, Troop 52, Blue Hills District and the Chippewa Valley Council. He was an avid outdoorsman, who, every chance he had, shared his wealth of knowledge in backpacking, camping, canoeing, shooting sports, Leave No Trace and much more. He taught classes and worked at as many Merit Badge Clinics, Camp Phillips work weekends, Order of the Arrow events, Wood Badge, and countless other council events as he could. He will be remembered for his wit, many stories, and for being a mentor to many Scouts and Scouters who he crossed paths with.